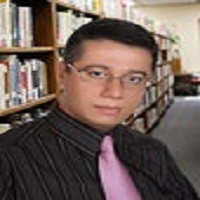 Dr. Alireza Heidari, Ph.D., D.Sc. is a Postdoctoral Research Fellow in Chemistry. He has got his Ph.D. and D.Sc. degrees from California South University (CSU), Irvine, California, USA. Furthermore, he has double postdocs in Project Management and also in Nanochemistry and Molecular Structure Theory. His research interests are Biophysical Chemistry, Nanochemistry, Quantum Chemistry, Biomolecular and Vibrational Spectroscopy, Molecular Modeling and Structure, Theoretical, Computational and Mathematical Chemistry, Ab initio and Density Functional Methods. He has participated at more than fifty reputed international conferences, seminars, congresses, symposiums and forums around the world as yet. Also, he possesses many published articles in Science Citation Index (SCI)/International Scientific Index (ISI) Journals. It should be noted that he has visited many universities or scientific and academic research institutes in different countries such as United States, United Kingdom, Canada, Netherlands, Russia, France, Swiss, Germany, Sweden, Spain, Portugal, South Korea, China, etc. as research fellow, sabbatical and volunteer researcher or visitor heretofore. He has a history of several years of teaching for college students and various disciplines and trends in different universities. Moreover, he has been a senior advisor in various industry and factories. He is an expert in many computer programs and programming languages. Hitherto, he has authored more than ten books in Chemistry. Syne, he has been awarded more than four hundreds reputed international awards, prizes, scholarships and honors. Heretofore, he has multiple editorial duties in many reputed international journals. Hitherward, he is a member of more than one hundred reputed international academicâ€“scientificâ€“research institutes around the world. 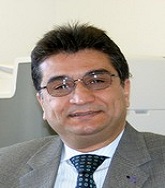 Dr. Nassiri is a former Associate Dean of Global Health at the Michigan State University (MSU). He also served as MSU director of Institute of International Health. He is currently Professor of Pharmacology and Toxicology, Professor of Family and Community Medicine, and, lecturer in Global Health, Infectious Diseases and Tropical Medicine. He currently works on international public health issues and has expertise in global health. He has made contributions in various fields of medical sciences including clinical investigation and health education. On the basis of his extensive experience and expertise in HIV/AIDS, TB and antimicrobial resistance, he developed clinical research programs in Brazil, South Africa, Haiti, Dominican Republic and Mexico. He had served as editorial board member for the journal of HIV and AIDS Review. He is currently on editorial board member for AIDS Patient Care and STDs. Prof. Nassiri has delivered seminar presentations on Tropical Medicine, HIV/AIDS, TB, Global Health and public health interventions in numerous national and international conferences and workshops. He is internationally recognized for his work in the areas of building effective international partnerships particularly in global health, community health, clinical care capacity building, and technical assistance mechanism. He is the founder of Michigan State University Osteopathic and Primary Health Clinic in Merida, Yucatan, Mexico. He has developed academic and research partnership programs with Federal University of Para Institute of Tropical Medicine in Belem, Brazil.

He currently works on international public health issues and has expertise in global health. He has made contributions in various fields of medical sciences including clinical investigation and health education. 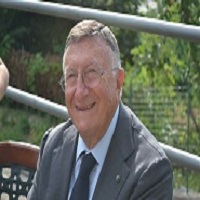 Giulio Filippo Tarro, male, graduated summa cum laude from Medicine School of Naples University in 1962. Assistant to Medical Pathology at Naples University, 1963-1965, and Research Associate at Division of Virology and Cancer Research, Childrenâ€™s Hospital, Cincinnati, Ohio, 1965-1968, he was assistant professor of Research Pediatrics, College of Medicine, University of Cincinnati 1968-1969, and professor of Oncological Virology at University of Naples 1972-1985. He worked for National Research Council, Rome, 1969-1972, and for National Cancer Institute, Frederick Center, Maryland, 1973. He became Division Chief of Virology 1973-2003, and then Department Chief of Diagnostic Laboratories, 2003-2006, D. Cotugno Hospital for Infectious Diseases, Naples; Emeritus, 2006 -. Dr Tarro's researches in Virology have been both basic and mission oriented. His basic researches have been concerned with antigens induced early during the replication cycle of human herpesviruses. Another study has involved the identification, isolation and characterization of specific virus-induced tumour antigens, which were the "finger-prints" left behind in human cancer. His mission-oriented research has dealt with many aspects of various infectious diseases including broncho-pneumonia, encephalitis, cholera, and the diseases caused by different viruses. Achievements include patents in field; discovery of RSV virus in infant deaths in Naples and of tumor liberated protein (TLP) as a tumor-associated antigen, 50 kilodalton, overexpressed in lung tumors and other epithelial adenocarcinomas. Scientific Coordinator extracorporeal hyperthermia in HCV patients, First Circle Medicine, Minneapolis., 2000-03. Since 2007 he is Chairman Committee on Biotechnologies and VirusSphere World Academy Biomedical Technologies (WABT), UNESCO, and Adjunct Professor Department Biology Temple University College of Science and Techology, Philadelphia, Dr. Tarro is on the editorial board of various medical journals and has been elected to membership and/or presidence of many academies and societies. He has also been the recipient of many awards and honors, among the most recent ones the Sbarro Health Research organization lifetime achievement award, 2010 Philadelphia, USA. Since 2015 he is Chairman Delegate WABT Committees and Commissions and Editor in Chief, Journal of Vaccine Research and Development, Singapore. Life President Foundation Teresa & Luigi de Beaumont Bonelli for Cancer Research. 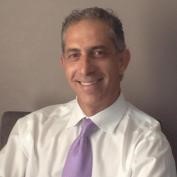 The area of my expertise is molecular biophysics. My training in this area has been used in the past 15 years to study various aspects of bacterial physiology and their interactions with their environments. Several research programs were carried out in relation to the interaction of bacteria with their environments in both pathogenic and non-pathogenic bacteria. In non-pathogenic bacteria, I used bioinformatics techniques to address certain questions on the process of protein secretion in bacteria. Specifically, how the structural features of signal sequences direct the membrane translocation of signal sequence-containing secretory proteins. I currently have a graduate student looking at the involvement of the mRNA of such secretory proteins in targeting the protein to the membrane for translocation and secretion. In terms of other aspects of bacterial protein secretion (relevant to pathogenesis), I'm interested in the secretion mechanisms and characterization of bacterial extracellular polypeptides. My group is involved in several projects at the present time to include work with RNA-binding proteins and their role in protein secretion, physiological and immunological comparative studies of Streptomyces and Mycobacteria, and the cloning and characterization of a number of virulence factors of mycobacteria, mycoplasma and Streptomyces. 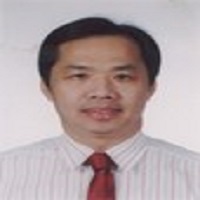 Bing-Huei Chen, male, food scientist, received his Ph.D. degree in Food Science & Technology, Texas A & M University, the USA in 1988. His postgraduate career include working at Fu Jen University, Taipei, Taiwan as Associate Professor from 1988â€“1994, Professor from 1994â€“2000, Distinguished Chair Professor from 2004â€“present, Chair of Department of Nutrition and Food Science from 1994-2000, Director of Graduate Institute of Medicine from 2006â€“2009, and Dean of College of Human Ecology from 2012â€“2015. He specializes in Lipid Chemistry, Pigment Chemistry, Instrumental Analysis, Food Toxicology, Functional Food Development and Biological Activity Determination as well as Nanotechnology. Until now he has published over 175 research articles in internationally renowned journals and authored 11 book chapters in edited books published by International Publishers. He has been honored with a young scientist award and outstanding research award by the Taiwan Association of Food Science & Technology in 1993 & 2000, respectively; outstanding research award by National Science Council, Taiwan in 1993 & 1998; outstanding research award by the 4th International Symposium on Natural Colorants, San Diego, USA in 2000; outstanding research award and Chair Professor by Fu Jen University. 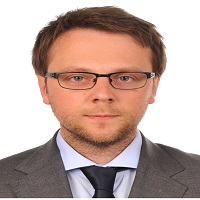 JoÃ£o R. Mesquita (D.V.M., M.Sc.; Ph.D.) is a Professor at the Polytechnic Institute of Viseu where he teaches topics within Infectious Diseases for more than 12 years. On the past decade, he has focused on Virology, where he has published over 50 papers in Scopus indexed Journals. He has won several scientific prizes from different societies and conferences, where he has presented numerous oral and poster presentations. His research interests are focused on animal and human virology, mainly on zoonotic viruses, with special interest on surveillance tools and epidemiology. 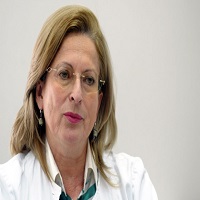 Ljudmila Stojanovich received her Ph.D. in Medicine, with the thesis â€œNeuropsychiatric manifestations in patients with Systemic Lupus Erythematosusâ€ in 1999. She is the scientific director in the Bezhanijska Kosa, University Medical Center of Belgrade University, where she is currently a Full Research Professor. Dr. Stojanovichâ€™s research focuses on Systemic Lupus Erythematosus, Antiphospholipid Syndrome, and Vaccination in patients with Autoimmune Rheumatic Diseases. She is an author of three monographs and of about 250 articles on various aspects of Autoimmune Rheumatic disorders, published in international and domestic journals and in conference proceedings. She is in Editorial Boards (Editorial Boards LUPUS (LONDON). /Reviewer in the â€œCURRENT CONTENTSâ€ or â€œScience citation indexâ€, like LUPUS REVIEWER DATABASE, Cellular and Molecular Neurobiology, The Journal of Vaccine < [email protected], The Journal of Rheumatology, Allergologia et Immunopathologia and others. She is a member of number International Project, like of â€œthe European Forum on Antiphospholipid Antibodiesâ€, â€œMulticenter studies antiphospholipid antibodies, infections and autoimmune diseasesâ€. She is a mentor/ Supervisor ships a number of post-doc students. She was an Invited Speaker for many lectures in Congresses and Symposia; organizer and Chairman of many Workshops, Seminars, and Symposia; the member of the Steering Committee of the â€œ(EULAR) recommendations for vaccination in patients with auto-immune inflammatory rheumatic diseases (AIIRD)â€, and the Steering Committee of the â€œEULAR recommendations for the prevention and management of adult antiphospholipid syndrome". Professor Stojanovich is EULAR Honorary Member, and The Member of â€œThe International Team of Medical Experts for the Topic on antiphospholipid syndrome (Hughes Sy) and systemic lupus (INTERNATIONAL CHARITYâ€, The London Lupus Centre), she was the Chairman in the International Congress â€œAntiphospholipid syndrome (Hughes syndrome) importance of multidisciplinary approaches- 30 years since definitionâ€, 2013, â€œGRANT 2015â€ of the EUROPEAN STROKE CONFERENCE Â» for â€œexcellent research in cerebrovascular diseases reviewed by the Scientific and programmer Committeesâ€, and presented at the 24 th Annual Meeting; Vienna, may, 2015. Member of ILLUMINATE steering committee: the phase 3 lupus ILLUMINATES clinical trials of Tabalumab/ Eli Lilly and Company, MD, Ph.D., FRCP, is willing to serve as a consultant to Lilly Research Laboratories, a division of Eli Lilly and Company (â€œLillyâ€), in connection with the development of Tabalumab also was known as LY2439821. Co-Chairman and the lector â€œLUPUS ACADEMY EASTERN EUROPEAN ROADSHOW of EULARÂ«: Belgrade, 18 TH march 2016, www.lupus-academy.org. Member of the American Association for the Advancement of Science (AAAS) from 2017; The Member of the international team of medical experts for the topic on APS (Hughes Sy).